Ideas for a plausible debate about the future of a selection of no-places in Benito Juarez Municipality, in Mexico City

Ideas for a plausible debate about the future of a selection of no-places in Benito Juarez Municipality, in Mexico City 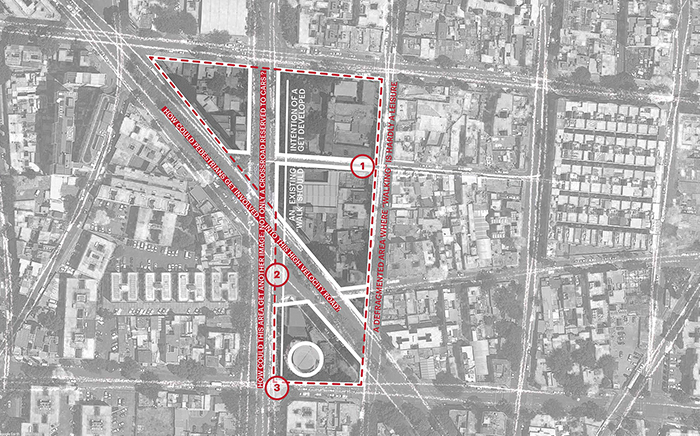 There is (or could be) a ‘natural’ axis that connects the Parque de Santa María de la Natividad (an old catholic parish, built in an age when the whole valley had many little and disperse rural communities) to the north and the Universidad de la Tercera Edad (a public school for the elderly) to the south. But this possibility is cancelled by the Eje Central (or Central Avenue, a broad road, one of the busiest in Mexico City. 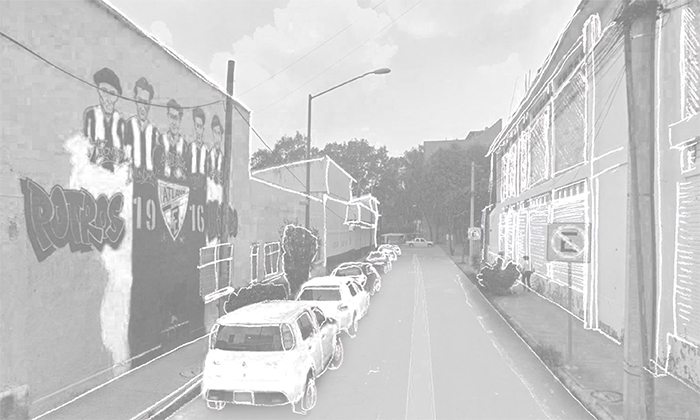 Eje Central is, per se, very hostile for pedestrians. It doesn’t have many zebra crossings or even traffic lights, and in the night it’s dangerous, even though there’s a big police station nearby. 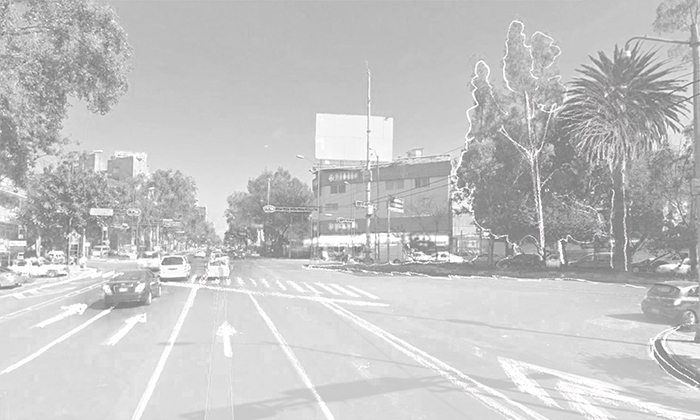 View 2 - cyclists and pedestrians circulations are not optimized, the configuration gives a "puzzled" aspect of the area

The subsidiary, smaller streets are no friendlier, either. High-walled lots alleys and narrow sidewalks are the main theme here. Even the parish, a communal center in itself, is walled (any urban rearrangement should begin with it). There’s no sense of public space. 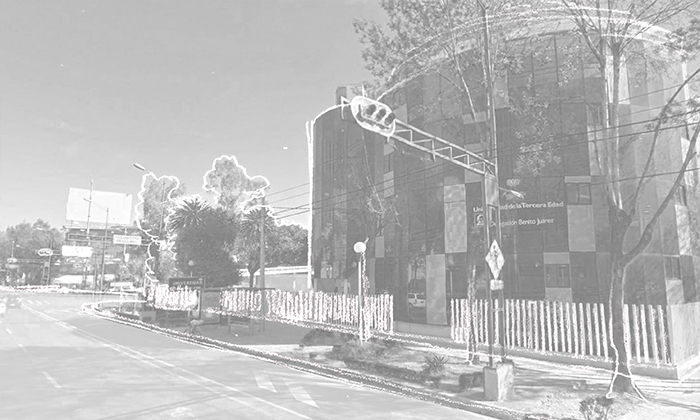 The police station (no more than a fortress, street-view) could be heavily transformed into a hub, a cultural center or some kind of urban park. It should be open to street life. 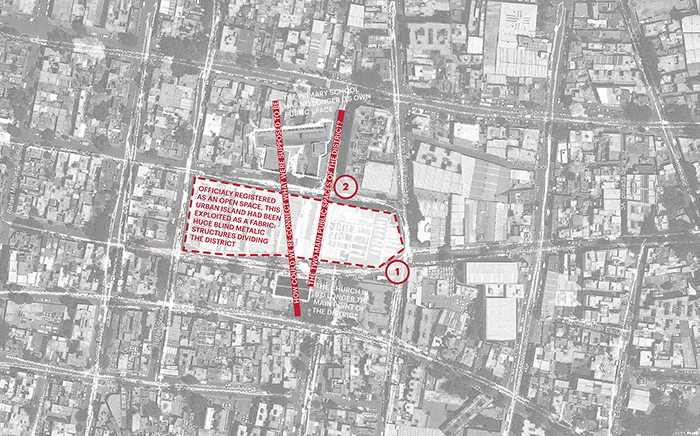 COLONIA SAN SIMÓN - Surroundings of Parroquia de San Simón Apóstol
Just another old church with historical and cultural significance dilapidated by urban pressure and lack of public safety. Next to Parroquia San Simón, there’s an area that’s not fully closed nor opened. It has potential as public space (or, at least, as a small haven for pedestrians: even a subtle intervention could detonate a big change). 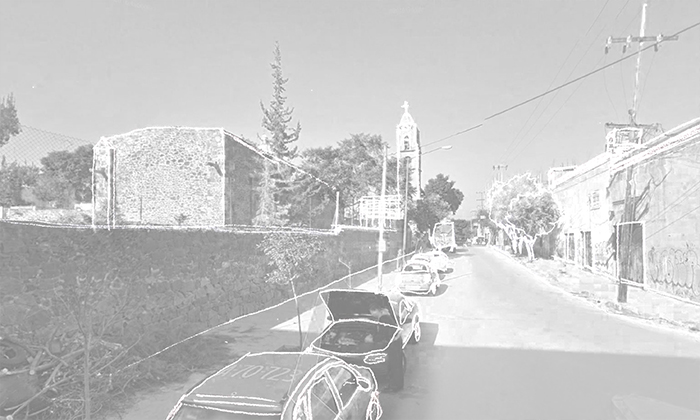 View 1 - not anymore considerated as the symbol of the neighborhood, the *Parroquia de San Simón Apóstol* seems to be forgotten

The main issue in this neighborhood: in Antonio Rodríguez Avenue and Cerezas Street there’s a huge warehouse that shouldn’t exist, since is listed in municipal plans as a “public space”. Something smells fishy here: was it a green area, originally? An open gym? A community center? Anyway, it is a dead building nowadays, and maybe some political action could push some kind of reinvention. 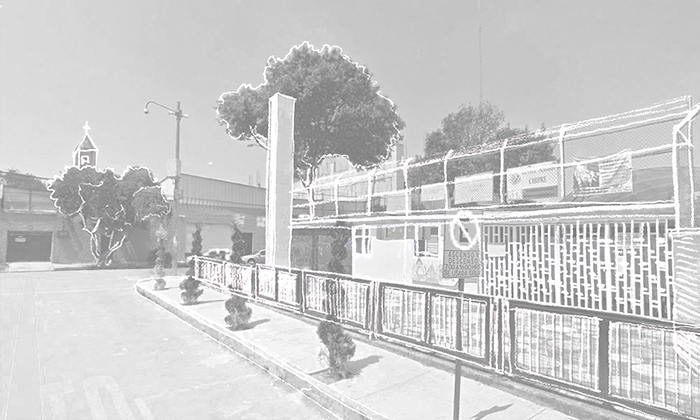 There are a couple of public schools in this neighborhood. That means a lot of girls and boys walking in the streets: they deserve more and better public spaces and green areas, in addition to the unimaginative and deteriorated “polideportivo” nearby. 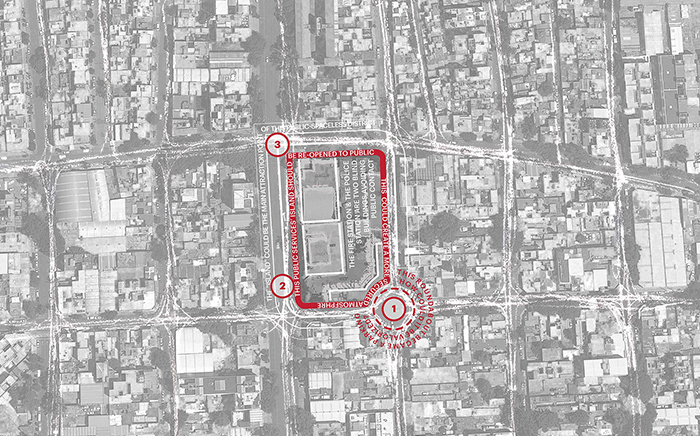 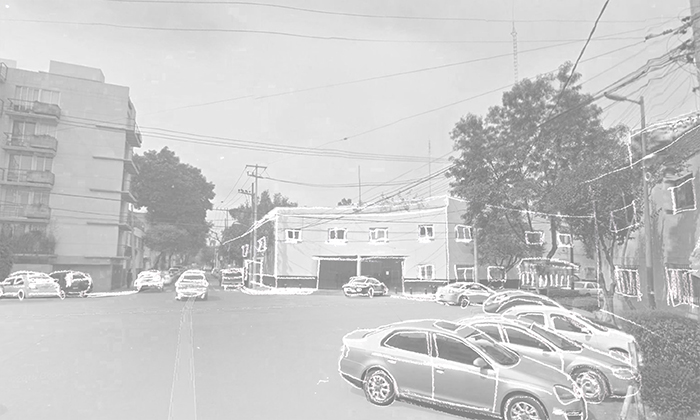 There’s a fire station that once had some interest from an architectural point of view. It could be redesigned and turn into an icon… Or it could be transformed, again, into a garden or a much-needed community center. 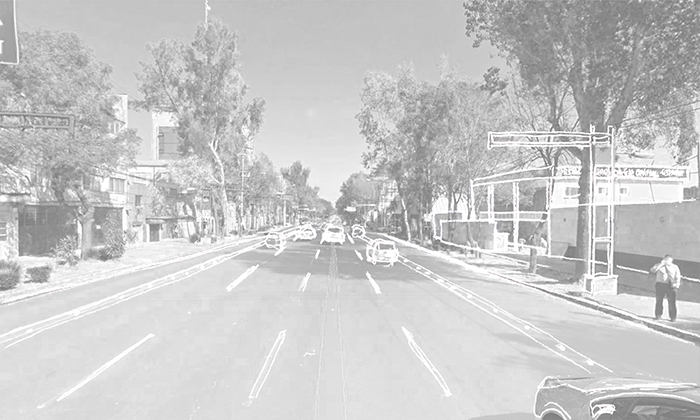 View 2 - the police station could be more visible and interactive, offering more security feeling to the public

There’s also a police station in a very interesting round corner (the remains of an old roundabout?) It’s blind, surrounded by a high wall… perfect for a radical architectural intervention: a huge living roof? A pocket park? 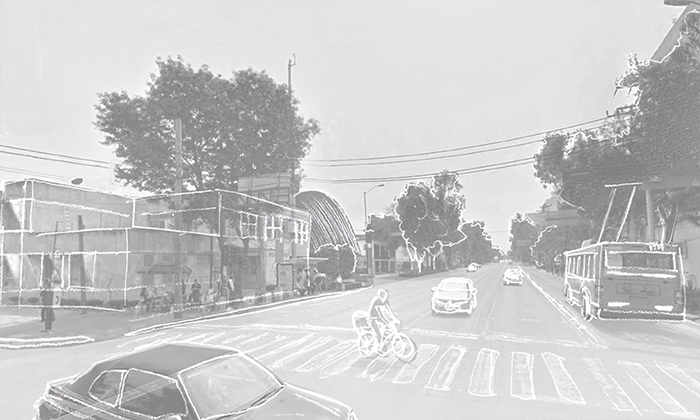 View 3 - car are still dominating the area, *alternative flows* should be developed

In general, this area is the image of decaying (and grey) infrastructure: or the image of vast opportunities in urban furniture and services. 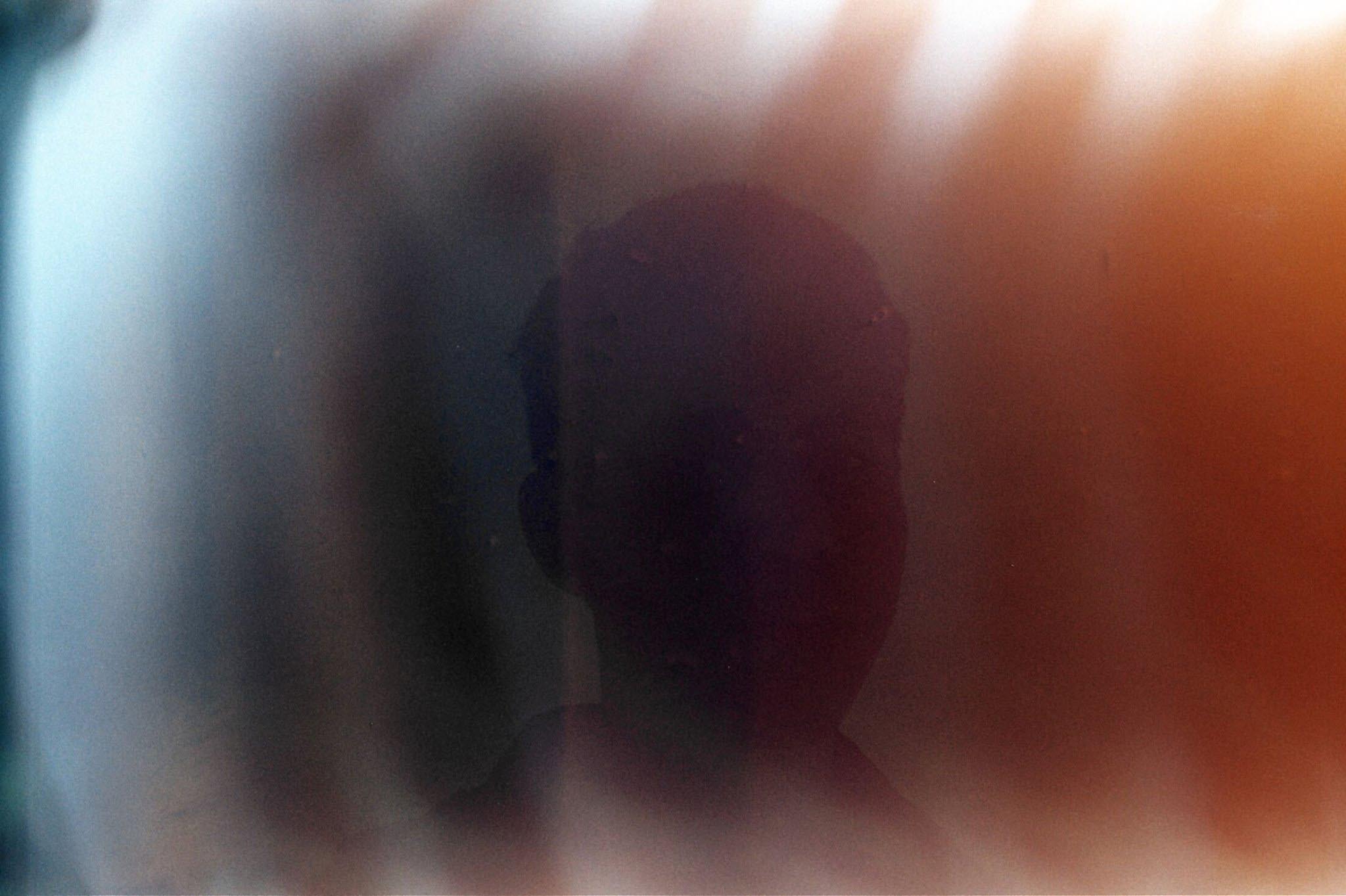 When you walk the streets, when you shop in some mall of…

SLOT took part in the most recent Pabellón Mextrópoli c…